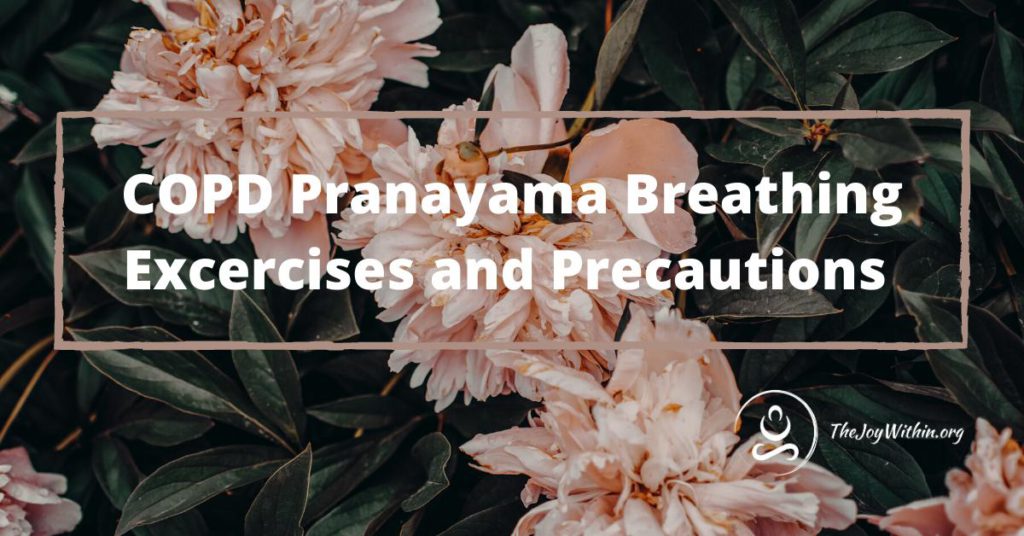 Those with Chronic Obstructive Pulmonary Disease (COPD) may find that practices breathing exercises can help ease symptoms and prevent symptoms from worsening. Commonly COPD shows a decline in lung functionality over time. This is where breathing exercises come in to help strengthen many of the aspects within breathing itself.

Pranayama is an aspect of yoga that focuses on using the breath as a healing instrument. The practice works to clear the chakra system, focus the mental body, and provide a multitude of benefits to the lung’s functionality. Learn how meditation can actually help improve lung capacity here.

These benefits of pranayama include improving the resting respiratory rate, expanding breath capacity, increase breath retention length, and maximal inspiratory and expiratory pressures according to this study performed by Anupama Gupta et al.

The study followed 50 participants each diagnosed with moderate to severe COPD. The patients were split 25 to 25 and each continued to receive their normal medical care while one half was taught to pranayama breathing techniques.

The groups were tested prior to beginning the study and after 3 months as well. The results showed that the group practicing pranayama improved significantly on the COPD assessment test known as CAT.

It is important to note that there was no significant improvement within the forced expiratory volume in 1 sec which is a highlighted issue within the COPD functionality. Along with the other significant increase in lung function pranayama produces, the study deemed pranayama an effective rehabilitation treatment for COPD patients.

Easing into your practice is important COPD exercise precautions especially if it has been a couple of days since you have last used exercises. Avoid hot or cold showers after exercising. Lastly, stop practicing if you have chest pain, feel weak, or are dizzy or lightheaded.

You can learn about Ujjayi pranayama in-depth here. It is performed by a slight constriction of the throat to form a Darth Vader sounding breath on the inhale and exhale.

It is important to ease into any breath practice such as taking at least 10-15 rounds of normal breath before beginning any breathing practice.

This completes one full round of breath. It is recommended to begin only inhaling about 3/4 of your breath capacity and exhaling fully. Learn more about anuloma viloma in-depth here.

If you want to learn more about pranyama we have an entire article on different techniques you can use to heal your body, mind, and spirit right here.