What Is Chakra Meditation? Balancing The 7 Energy Centers 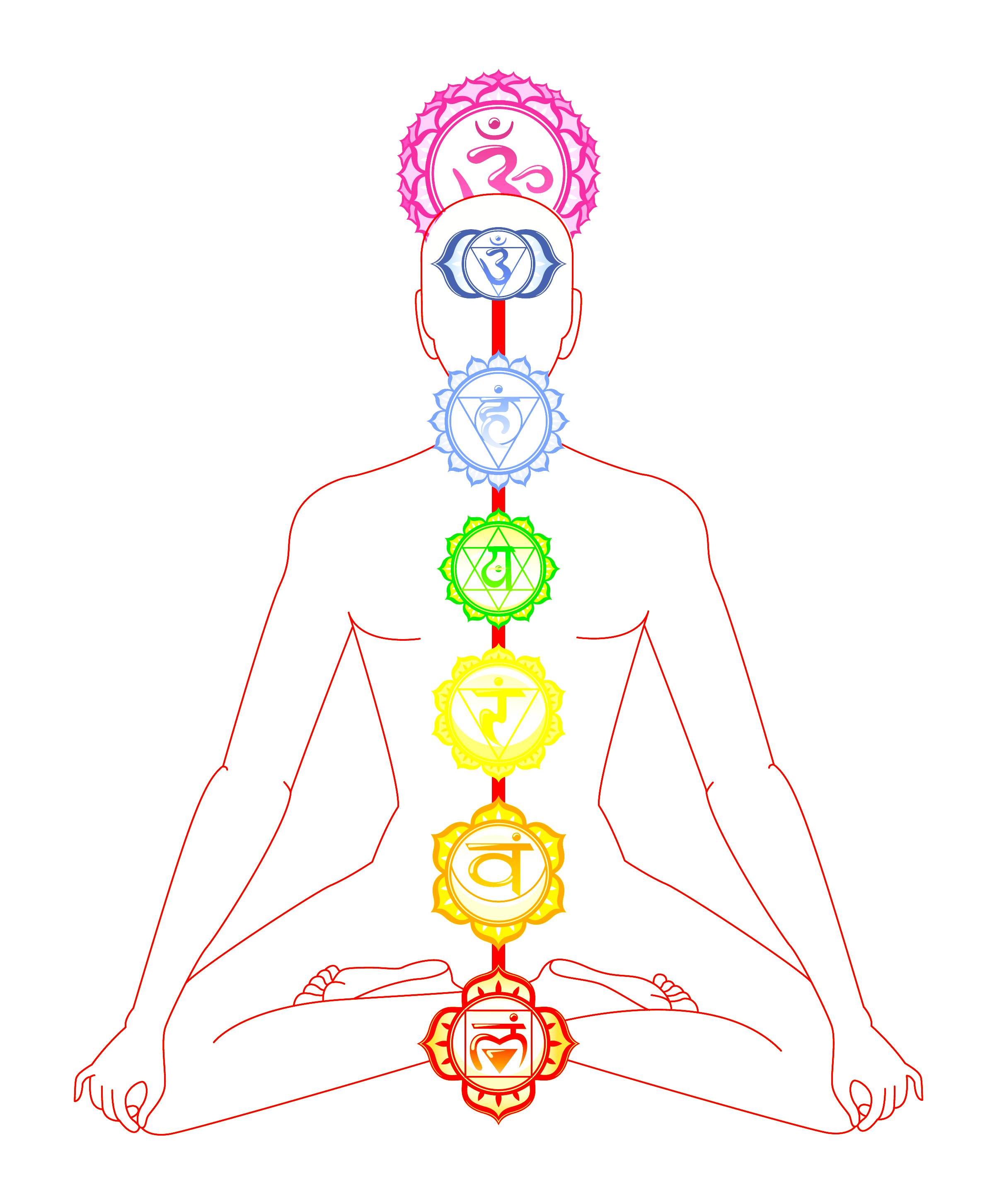 Chakras are natural energy centers in your body.

They stretch from the base of your tailbone up through the top of your head, and represent the seven major areas of our bodies through which we can hold or release tension.

According to ancient Hindu and Vedic teachings, we constantly exchange energy with our environment. This energy enters through our crown, and winds its way down our bodies, spiraling around each energy center.

These centers form the basis for the prana-apana, inhale-exhale cycle that governs everything from our breath to our individual energy, to the world we manifest.

For centuries, balancing the chakras has been synonymous with the idea of health and well-being.

Ancient mythology depcited kundalini (the rising of energy through the chakras) as a serpent, which would rise from root chakra and coil around each center. This motion is associated with high energy and vitality. In tantra, two serpents represent the joining of two individuals.

While the focus on aligning chakras has only recently become popular in Western culture, its origins are ancient. Even the modern symbol for medicine has its roots in the chakra system, as it shows the flow of energy winding across the spine, similar to the kundalini serpent.

How To Balance Your Chakras

Balancing the chakras is an important skill to learn if you want to maintain consistently high states of energy, and learn to tap into your higher self.

Before you begin any chakra healing, it’s important to remember that our chakra system is naturally aligned and balanced. As we move through our day to day lives, we create and inherit negative energy, which then can block the flow of kundalini. Thus, you can think of chakra balancing as a routine cleansing, which you can do on a regular basis.

Energy often blocks in different centers according to the different types of blocks you hold. Each chakra has specific ideas, challenges, symbols, and healing techniques associated with it.

The Muladhara, or root chakra, is your first chakra, located at the base of your spine. It is the most dense of all the chakras, and together with the second and third chakra centers forms one of the three physical centers, focused on matter.

The color of the root chakra is red, and symbolism focuses on feeling grounded and developing a connection to the earth.

Read more about the Root Chakra.

The second chakra, or Svadisthana, is located in your lower abdomen. It is the sacral chakra, and is associated with your creative abilities as well as your potential for joy.

The sacral chakra is usually associated with the color orange, and symbolism often revolves around ideas of strength, power, and vitality.

Read more about the Sacral Chakra.

The third chakra, or Manipura, is your Solar Chakra, and is located in your solar plexus, the region just above your abdomen and below your rib cage. The solar plexus is responsible for feelings of individual empowerment and self-confidence.

The third chakra is associated with the color yellow, which represents fire and the light of the sun.

Read more about the Solar Chakra.

Anihata is the fourth chakra, which is located at your heart center. This is an important chakra, as it is located in the center of your body’s energy system, and is the balance point between the lower physical chakras and upper spiritual chakras.

The Heart Chakra is represented by the color green, and deals with emotions related to love, compassion, and your relationships with others.

Read more about the Heart Chakra.

The throat chakra is associated with the color blue, and deals with issues related to communication, both speaking and listening.

Read more about the Throat Chakra.

The third eye chakra, or Ajna, is the sixth body chakra, and is located in the center of the forehead. This chakra is associated with vision and intuition, dealing with clarity and understanding.

The Ajna is associated with the color indigo, and invokes imagery of seeing and communication.

Read more about the Third-Eye Chakra.

Lastly, the Sahasrara, or Crown Chakra, is the seventh chakra, located at the top of your head. The crown of your head is thought to be your point of connection with the entire universe, and the gateway to other, spiritual realms.

The seventh chakra is symbolized by the color violet, as it represents your point of connection with cosmic consciousness, universal intelligence, and oneness.

Read more about the Crown Chakra.