Improve Your Memory With The Natural Remedy Meditation 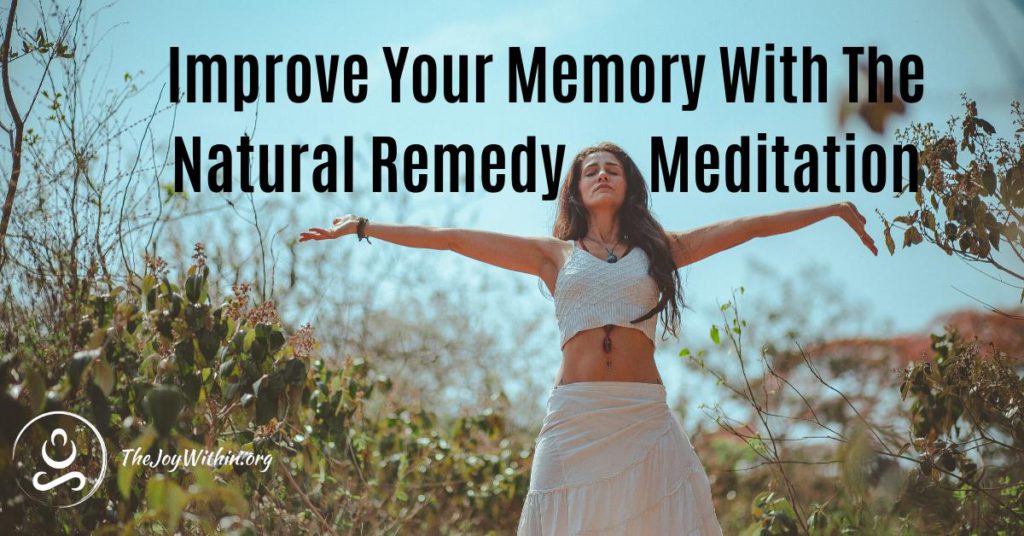 When it comes to improving your memory you should use all the tools you can get. Meditation improves cognition function along with a vast list of cognitive benefits from creating better listening skills, treating PTSD, and even strengthening our willpower.

Having healthy cellular regeneration is necessary to slow signs of aging as well as prevent brain atrophy and keep your memory functioning optimally. Though this may sound like something only an invasive treatment can create but our bodies actually have their own way of natural maintaining health and healing itself.

One of the first studies to research and find that the size of the hippocampus, superior and inferior temporal lobe, and cerebral cortex is significantly related to telomere length was published in October 2014 in Jama Neurology. This is groundbreaking news for those suffering from dementia, Alzheimer’s, or simply looking to improve their memory.

This is because the hippocampus plays a big role within memory function and learning. It stores spatial and declarative memories and is where long term memories are formed before they are rehomed to be stored throughout the cortex.

Telomeres are protective protein caps at the end of the strands of DNA within your body called chromosomes. During cellular division, telomeres will replicate themselves. Through this process, they will become shorter while the chromosomes actually divide themselves.

The cell cannot divide and multiply when the telomeres eventually become too short. This then links telomeres length to aging, slowed healing, genomic instability, and even an increased risk to die from heart and infectious diseases.

This is great news because by focusing on increasing telomeres and telomerase, an enzyme that can make DNA using RNA as a template and can extend the length of telomeres, we can work to prevent and reduce atrophy in the brain in regions that affect memory.

This can slow the rate of Alzheimer’s in patients significantly. You may have guessed it, but if you haven’t meditation is one of the noninvasive treatments with no negative side effects that can extend telomere length and increase telomerase.

A study was led by a team at Massachusetts General Hospital and published in Psychiatry Research: Neuroimaging. 16 people who have never meditated before were examined as they went through an eight-week mindfulness meditation program.

This shows us that meditation can thicken important regions of our brain and physically change our brains to function more optimally. Another study by Ellissa Epel and Elizabeth Blackburn in 2014 found a direct correlation to telomeres length and stress.

Meditation has been proven by a multitude of studies as well as known by many Buddhists, zen masters, and yogis to reduce stress. If you want to learn more about how meditation reduces stress find our article with more details here.