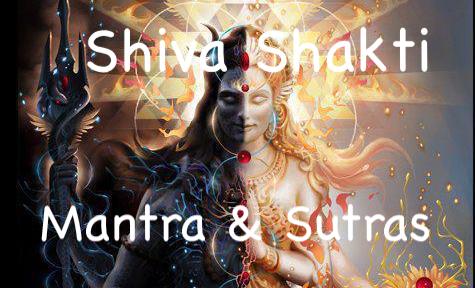 What Is Shiva Shakti? Meaning and Definition

In Kundalini yoga and meditation, Shiva Shakti are two divine forces of the serpent, which awaken the divine energy within you. They are represented in other cultures as yin and yang, masculine and feminine, and in yogic philosophy these two forces (two spirals of energy) move up and down your spine in a twisted “S” formation, weaving in and around your 7 chakra centers.

Shakti represents the universal feminine energy, or “divine Mother.” This energy represents your unlimited creative potential, and the ability to express any desire from its conception.

Shiva, on the other hand, is a masculine force, which represents the basic elemental forces of the universe. Shiva forms the fundamental material energy, while Shakti makes this energy come to life.

It is the union of these two forces that represents Oneness throughout the cosmos, the Divine Union of Consciousness and Energy. When taken together, this energy can manifest into any form you choose.

Thus, an individual’s ability to connect with Shiva Shakti energy represents the divine within, and is the unbounded expression of the God-force.

In his book Synchrodestiny, Deepak Chopra includes the principle of Shiva Shakti as Day 6 of his program to awaken inner awareness and develop an attitude favorable to receiving synchronicity in your life.

He offers a series of sutra statements that can help you to affirm this mantra and bring its guiding principles into your life.

Guided Meditation for The Mantra

This is an hour long mantra to use in accordance with the shiva shakti princple, set to background music. Hope you enjoy!