Get Younger Skin Through Meditation 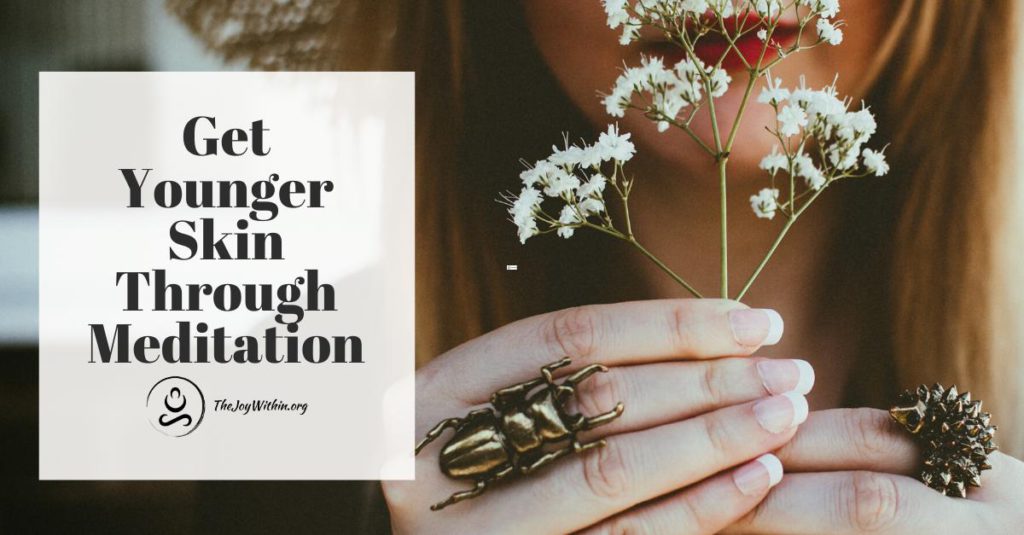 People can go to extremes to fight aging and have healthier skin. Their topical products, digestible products, and even surgeries to alter the appearance of aging. Meditation, with extensive health benefits all the way from emotional to physical works as a natural treatment for aging skin.

When the body’s circulation is boosted it works to nourish skin cells by carrying away waste products such as free radicals. It also supplies oxygen and nutrients.

Dr. Herbert Benson, a professor at Harvard Medical School went to Upper Dharamsala, a Himalayan Indian town in 1981 to study the yogis who practiced tummo meditation. The yogi’s practiced in about 4 degrees celsius conditions and placed sheets dripping with icy water on their naked bodies.

The yogis were able to not only dry the sheets but to make them steam by increasing circulation. In these conditions, the average human would not be able to stop their body from shivering uncontrollably.

Meditation can also increase your libido. Partially this is due to the increase in circulation which is necessary in producing an erection or sexual arousal. This is also linked to producing more intense orgasms coming from higher blood circulation in the genitals.

The best anti-aging treatment is preventative care. Meditation steers the body to maintain its healthy and youthful glow in a numerous amount of scientifically proven ways. Let’s look at the different ways meditation can benefit you.

Telomerase is an enzyme that can extend the length of telomeres of chromosomes. Telomeres are protective protein caps at the end of the strands of DNA within your body called chromosomes.

During cellular division, telomeres will replicate themselves. Through this process, they will become shorter while the chromosomes actually divide themselves. The cell cannot divide and multiply when the telomeres eventually become too short

Found by Ellissa Epel and Elizabeth Blackburn in their 2004 study at the University of California, Los Angeles, yogic chanting increases telomerase activity. The benefits didn’t just stop there, an increase in cognitive function presented itself to.

They studied the effects of kundalini kriya yogic chanting in comparison to a control group listening to soothing music. Each group had a practice for 12-minutes a day at the same time for 8 weeks.

Click here to learn more about meditation, telomeres, and telomerase.

Stress impacts the body negatively and strongly; from disrupting the homeostasis within your gut to releasing cortisol which impacts the oil production of your skin. Our bodies have adapted a specific response to perceived stress commonly referred to as fight-flight-or-freeze.

During this mode, our body’s sympathetic nervous system, or SNS, is rapidly and involuntarily activated to respond to what it perceives as a dangerous threat. It pauses what the body considers nonessential functions in order for you to direct your energy into possibly live-saving ways. This includes interrupting digestion.

Originally the flight-fight-or-freeze mode was triggered by dangerous events such as a wild animal encounter and fighting natural disasters. Currently, in our society, it is extremely prevalent that we are chronically triggering this mode through work deadlines, relationship stress, and social anxiety.

Which causes the body to become chronically inflamed and more prone to disease due to this imbalance. Find more research on how meditation can help you master stress here.