Why You Should Meditate During Pregnancy 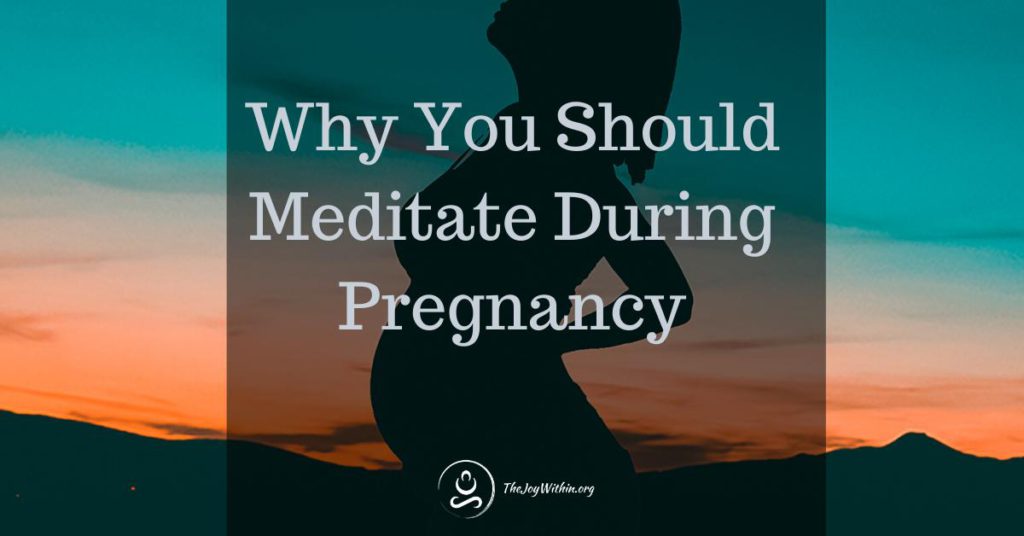 Growing another life inside of you is sure to shake many things up. Although it can be one of the happiest times of a woman’s life it can also be a source of extreme stress. Meditation is a way to find centeredness for you and your baby throughout the constant change of pregnancy.

In a 2014 study, 47 pregnant women with a gestation range of 10 to 25 weeks experiencing high levels of pregnancy anxiety as well as particularly high stress were studied for the effects of a six-week mindfulness course.

These women were compared to the control group who instead were asked to read a pregnancy book. The results showed the group taking the mindfulness course had a more significant decrease in pregnancy anxiety during the study than those of the control group.

Another study performed in 2019 studied the effects of mindfulness-based stress reduction in Chinese pregnant women. This is one of the first studies to specifically focus on Chinese women’s pregnancy well being in correlation to mindfulness meditation.

The study examined 66 Chinese women with prenatal anxiety and stress. They completed an 8-week mindfulness program and compared the women’s results to the control group. The results proved that mindfulness reduced the women prenatal stress more than the control group and that it can be an effective treatment for Chinese women’s pregnancy wellbeing.

During pregnancy, many women report fearing delivering a premature baby. This is because babies born before 37 weeks are at a higher risk for health complications such as developmental issues, hearing problems, and even breathing problems.

High levels of stress and anxiety within the mother is linked directly to delivering premature babies. A study in 2005 followed 335 women in Bangalore, India. 169 women were directed to practice yoga, meditation, and focused breathing.

These women were matched to a control group of 166 similar age, body weight, and Doppler velocimetry scores of umbilical and uterine arteries. They were directed to practice one-hour walking instead. Each group practiced daily until the date of delivery.

It is a common practice for laboring women to learn breathing techniques to help pain management. That is because meditation can be very successful with pain management.

When meditation is practiced regularly the brain learns how to view sensations and thoughts objectively rather than specifically good or bad. The more it is practiced the easier it is to apply to situations we may be hardwired to label such as pain.

Through meditation practices, a woman in labor may be able to witness her pain more objectively and calm her body rather than be overwhelmed by it or panic during labor.

Mindfulness-based meditation is one of the most common meditation techniques that show exceptional impacts on pregnant women as well as their babies health. You can begin practicing mindfulness meditation with our guided mindfulness sound meditation.

You can also practice chanting which will produce the calming effects of meditation as well as strengthen mental focus while remaining present during chanting. Learn more about the benefits of chanting and how to get started here.