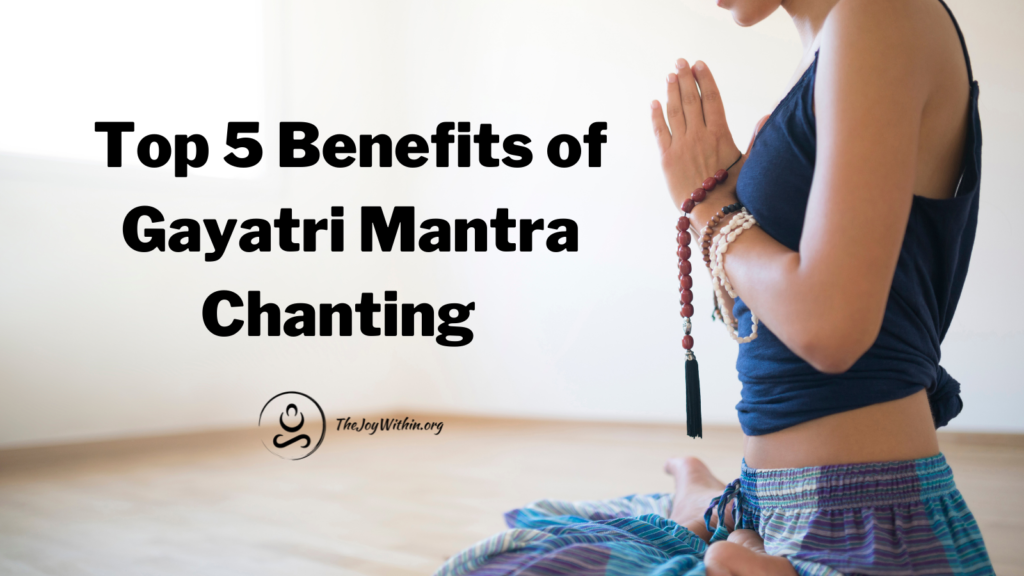 A mantra is a sacred utterance, sound, a syllable, or group of words typically believed to have religious, spiritual powers.

Often used in meditation as a way to align energy with intent, some mantras have structure and literal meaning, while others do not

Known also as the Sāvitri Mantra, Gayatri is a mantra originating from the Rig Veda, and dedicated to the Vedic deity Savitr.

It is composed of 24 syllables and most often cited in Vedic and classical Hindu texts.

Always starting with the Om mantra, the chant reads:

It is composed of 24 syllables and translates to ‘O Divine Energy of the Universe, bless me with higher intellect and illuminate my mind.’

Dedicated to enlightenment and spotlighting intellect, the mantra has been known to cure the problems of the day and expel sins.

But there are a huge variety of ways in which this mantra may be able to benefit you.

One of the greatest known benefits of Mantra chanting is its ability to re-center our energy and calm the mind.

Starting with the chant of Om, the physical act of chanting helps to relax the body and mind by sending vibrations across your entire body; in particular, the tongue, mouth, and throat.

The Gayatri Mantra specifically has been created to help people better focus.

It can help to keep your lungs strong and focused on breathing. This is important because deep breathing oxygenates the cells in the body thereby keeping your whole body in good health.

Mantras have been known to help relieve peoples stress and anxiety by giving them an outlet to release their emotions and create peace of mind.

Because the Gayatri Mantra is dedicated to the rising sun and known for removing sins, it is a great mantra for easing stress and anxiety .

The mantra is said to create harmony and positive energy in those who chant it.

According to research published in the British Medical Journal, mantra chanting has the ability to reduce stress, lower blood pressure and synchronize our heartbeat with our breath.

It also allows us to slow down our breath and creates a more regular and healthy heartbeat.

Gayatri Mantra chanting is known to improve memory and concentration.

According to a study in the International Journal of Current Research in Physiology and Pharmacology, subjects utilizing Gayatri Mantra chanting showed significant improvement in attention and memory domain.

They exhibited sustained visual attention and less failed attempts in response to audio and visual stimuli.

When it comes to Mantras, you can certainly have multiple that resonate with you.

However, it’s important to only use one when meditating. This will help your energy focused on one thing, rather than spreading it across multiple spiritual paths.

Try Gayatri Mantra chanting during your next meditation to see how it works for you.