Statistics On Meditation To Inspire Your Practice 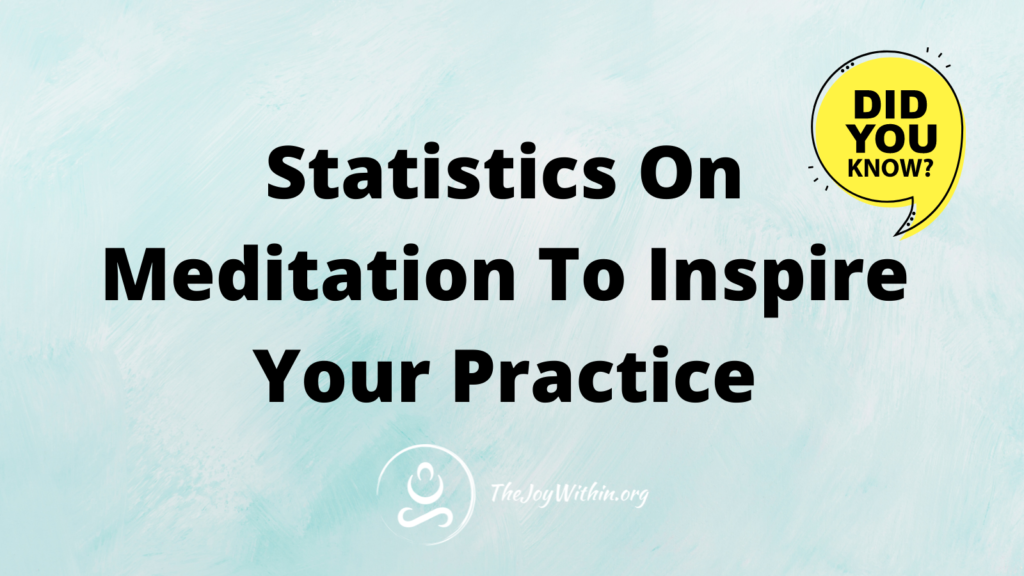 If you’ve been on the grid in any way over the past few years, you’ve probably heard a decent amount of chatter about meditation.

From TikTok to The New York Times, our society is taking the time to recognize the benefits of meditation and mindfulness, one post at a time.

While the concepts themselves are not new, the recent burst into the mainstream has gotten a lot more minds wondering if, and how, it can work for them.

Just like with any new concept, we often need some sort of proof in order to lend our minds to the idea.

Lucky for you, there is a ton of research out there proving the benefits of mindfulness and meditation practices.

Thus, we’ve put together a list of facts and statistics to help inspire you to begin your journey.

WHY are people meditating?

Meditation in the Real World

Hopefully, one or all of these statistics has resonated with you, or helped you to better understand the benefits of meditation and mindfulness.

Wherever you are in your journey, remember that your mindset is the most important thing. Without the belief that these techniques and practices can work, you are only wasting your time going through the motions.