If You Want A Bigger Brain Start Meditating 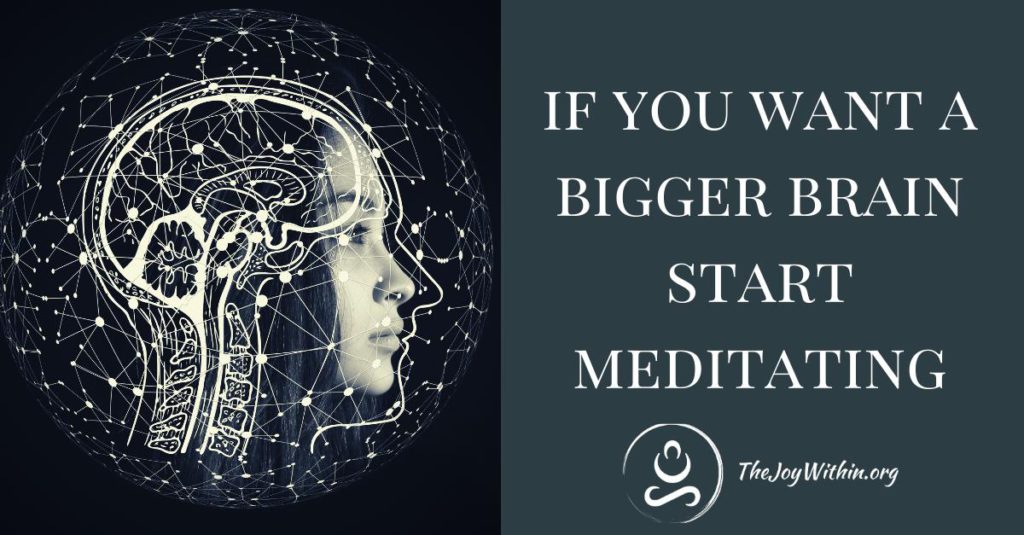 Most of us know that those who wake up early in the morning to practice meditation before they start their day generate emotional benefits. Did you know that the benefits don’t just stop at mental sanity and inner peace? Your brain actually becomes stronger and bigger throughout meditation!

The goal of meditation is to create peace within ourselves. Although this inner peace seems to expand into helping our body become stronger and healthier too. Find how meditation can increase calming neurotransmitters here.

One way is by increasing grey matter of the brain. Grey matter is a type of tissue that helps make up the central nervous system. It is essential for functioning as humans and has a high concentration of neuronal cell bodies which gives it its grey tone.

The first study has been published finding the effects of meditation on your brain’s grey matter. This study was led by a team at Massachusetts General Hospital and published in Psychiatry Research: Neuroimaging.

The study measured 16 brains of people who have never meditated before. They were measured with MR images 2 weeks before beginning the eight-week mindfulness meditation program and as well as afterward. The participants meditated daily for an average of 27 minutes.

Mindfulness meditation is the technique of objectively cultivating awareness of your surroundings, your thoughts, feelings, and sensations. It creates deep focus while also teaching one to see through illusions of emotional bias.

Practice mindfulness with this guided meditation.

The results of the MR images after the course showed an increase in grey-matter within the hippocampus. The hippocampus is commonly related to learning and memory function.

The results also showed a reduction within the grey matter within the amygdala. The amygdala is commonly associated with the role it plays in correlation to anxiety and stress.

This study is groundbreaking as it shows the inner peace meditators cultivate is more tangible and long term than we think as meditation actually changes the brain’s structure.

At UCLA a study was conducted between 22 experienced meditators that had been meditating an average of 24 years and a control group of 22. Images were taken with a high-resolution three-dimensional form of MRI.

The study found much larger measurements of the cerebral, hippocampus, and increased grey matter within the right orbito-frontal cortex, the left inferior temporal lobe, and the right thamalus.

What is most fascinating is in the comparison of the controls to the experienced meditators there were no regions where the controls had a significantly larger volume or more gray matter than meditators.

You can begin building a bigger with our 30-day course that guides you into beginning meditation.