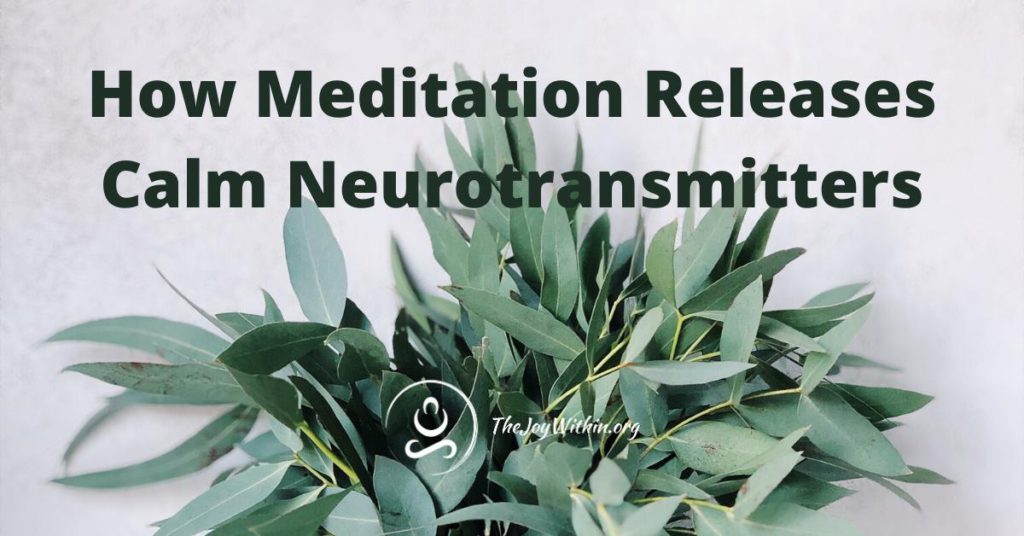 The main goal of meditation tends to be seeking to tap into that inner peace. Although connected to your inner sanctuary are neurotransmitters. They work to guide the rest of your body into the same blissful state as they communicate and connect to every cell of your body.

First, a neurotransmitter is a type of chemical that our brain naturally creates and uses to send messages to other regions of the brain. It is released by a neuron (nerve) to communicate with a target site.

Target sites are located throughout the entire body including the brain. Their impact reaches through each of your cells, tissues, and systems of your body.

The influence neurotransmitters have on the body is incredible. They have an extensive effect on emotions, cognition, appetite, perception of pain, memory, concentration, and pleasure.

Calming neurotransmitters are categorized as inhibitory. They work to inhibit the likelihood that an action will be performed on the neurons that receive it. They also work to cool your central nervous system and work to maintain homeostasis within the body.

Gamma-Aminobutyric Acid is an inhibitory neurotransmitter that is most well known for its calming effect and mood regulation. GABA works to soothe and help neurons recover after firing. This, in turn, can decrease the effects of anxiety and stress.

Some scientists and researchers actually linked an imbalance of not enough GABA in the brain to addiction. Learn more about how meditation can help heal addictions.

Learn more about how meditation can increase GABA production here.

Most famous for its feel-good effects and is linked directly to depression, serotonin actually regulates a lot of functions within the body rather than simply mood. Serotonin regulates emotions, sexual function and desires, memory and learning, appetite, and sleep.

Many studies have resulted to show that meditation can actually increase serotonin levels. Studies show that not only is there a rise in serotonin after a meditation even It also showed that regular meditators naturally have higher levels of serotonin than non-meditators.