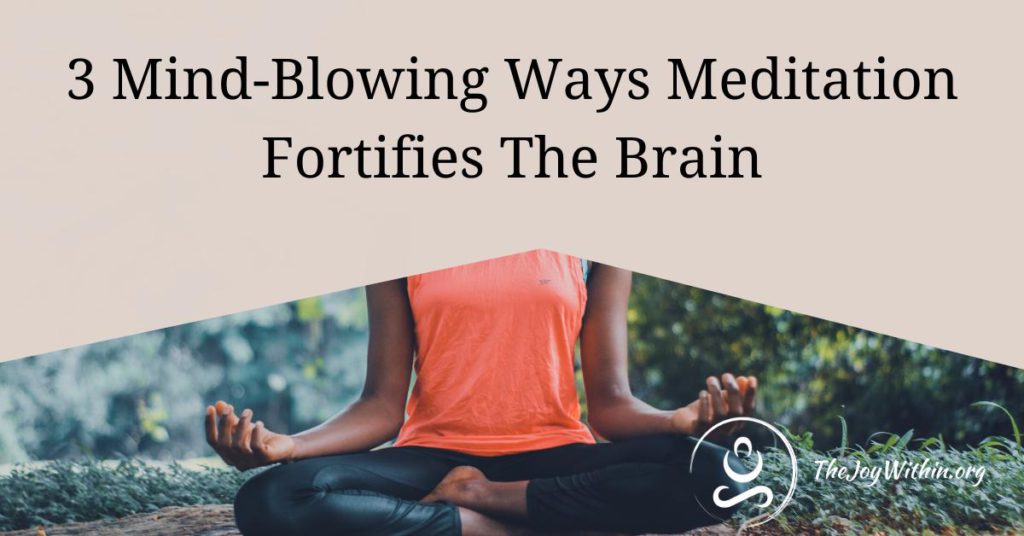 The brain has been discovered to be neuroplastic and understanding what this means may change the way each of us look at it. After birth how we use our brain continues to shape, strengthen, and even thicken it. With this new understanding of the brain, meditation has been shown to fortify and mold the brain to reap amazing benefits and strengths.

First off, let us explain the hippocampus is a part of the brain that plays a big role within memory function and learning. It stores spatial and declarative memories and is where long term memories are formed before they are rehomed to be stored throughout the cortex.

One of the first studies to research and find that the size of the hippocampus, superior and inferior temporal lobe, and cerebral cortex is significantly related to telomere length was published in October 2014 in Jama Neurology. Which is groundbreaking news for those suffering from dementia, Alzheimer’s, or simply looking to improve their memory.

Telomeres are protective protein caps at the end of the strands of DNA within your body called chromosomes. During cellular division, telomeres will replicate themselves. Through this process, they will become shorter while the chromosomes actually divide themselves.

The cell cannot divide and multiply when the telomeres eventually become too short. Meditation is a noninvasive and all-natural treatment that can extend telomere length and increase telomerase.

If you are wondering about how much meditation can affect the brain’s gray matter since there is so much it is already doing within the brain then you will appreciate this next study.

Led by a team at Massachusetts General Hospital and published in Psychiatry Research: Neuroimaging a study measured 16 brains of people who have never meditated before.

They were measured with MR images 2 weeks before beginning the eight-week mindfulness meditation program and as well as afterward. On average the participants meditated daily for about 27 minutes.

The amygdala is commonly associated with the role it plays in correlation to anxiety and stress. This study proves that the inner peace meditators cultivate is actually more tangible and long term than we have previously thought.

An important key to creating new neural pathways, preventing atrophy, and overall increasing success is activating brain synchronization. While the opposite of whole-brain synchronization is hemispheric dominance where one is more likely to experience a tunnel vision perspective.

The corpus callosum is a cross-linking bundle of nerves that works basically as a bridge connecting both hemispheres of the brain. Studies have shown that meditators have a larger and thicker corpus callosum