The Impressive Effect of Visualization Explained 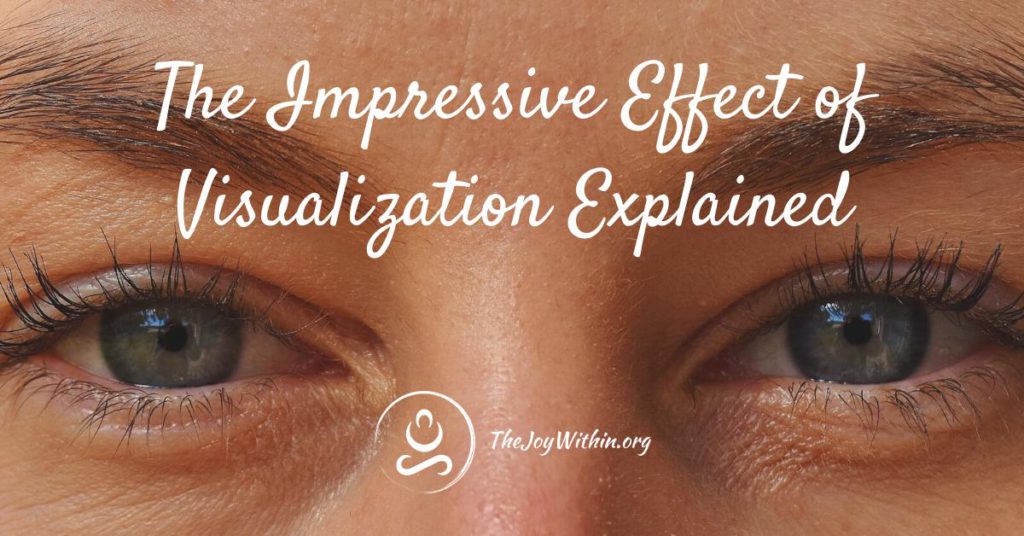 Visualization is used within sports psychology, manifestation techniques, and is integrated into marketing tactics. Why is it becoming so widespread? That is due to the rapidly emerging successful experiences people have with it.

Visualization has a multitude of benefits from helping the body reduce stress to producing mental organization. It is a powerful tool to manifest the reality you desire and improve mood.

It has even been scientifically proven to help advance fine motor skills. If this isn’t impressive enough for you let’s look at more scientific evidence backing the benefits of visualization.

Within these studies, many measures were taken to eliminate bias, which only one study seemed to possibly be at risk for bias. Guided imagery was found to significantly improve the participant’s in a multitude of ways.

Opening the third eye is seen through many traditions to assist and evolve the technique of visualization. If you are looking to tap into opening your third eye, learn how meditation can help here.

A study performed by Shelley Taylor and Lien Pham at UCLA created a strong foundation for visualization in correlation to one’s goals. The focus followed freshman college students before an exam.

Participants were split into groups to determine specific outcomes. Process visualization and outcome visualization were used in regards to the upcoming exam students had. One group followed visualizing their process which meant picturing strong study habits and then the desired outcome (some participants did just visualized the study process without outcome).

A study conducted by an exercise psychologist, Guang Yue, and his colleagues at the Cleveland Clinic Foundation in Ohio found an increase of 13.5% in muscle strength after volunteers simply practiced mentally flexing their biceps. During the study, they monitored the electrical impulses of the volunteer’s arm muscles to make sure they weren’t accidentally flexing as well.

How To Practice Visualization

Just as our vision is endless and immensely adaptive so too is visualization as a technique. Visualization can be used to find success at any goal and support such a wide range of aspirations.

As stated above in the UCLA study you can use both process visualization and outcome visualization. Taking the time do to both may increase the impact you see with the technique as shown within the study.

Neville Goddard says,” SLEEP, the life that occupies one-third of our stay on earth, is the natural door into the subconscious”. His highly effective law of attraction techniques involves visualization and using all of our senses within a visualization just as we are drifting off into sleep.