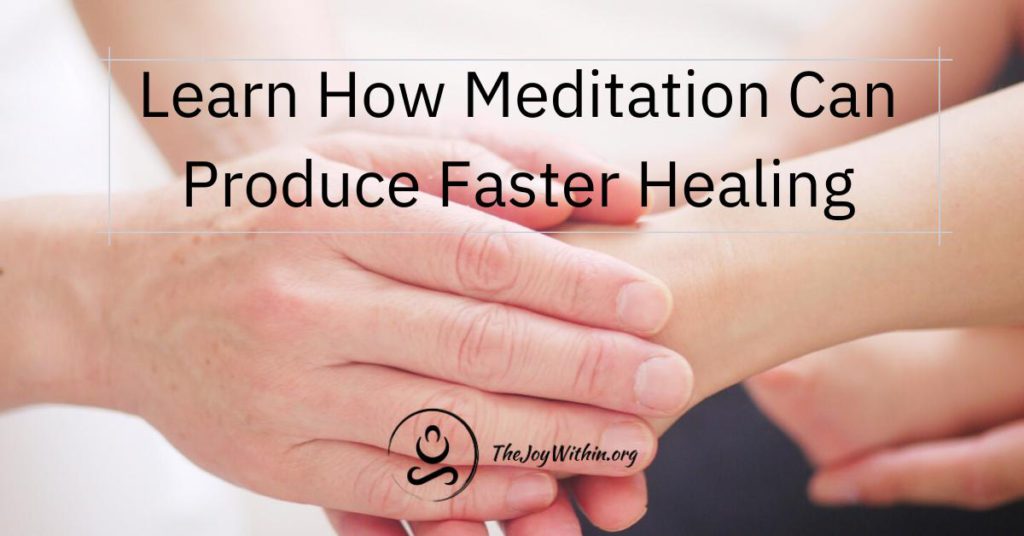 Commonly through meditation, it is practiced to become aware of sensations including pain and to not label them negative or positive. This has been found to help people relieve pain through their perception as well as due to the physical effects of meditation. One reason is that meditation can help you physically heal faster!

You may know that meditation has the ability to provide many health benefits such as promoting healthy digestion, boosting the endocrine system, and even increasing the libido. Though meditation can help you heal faster too.

Published in the journal Translational Psychiatry, researchers from Harvard Medical School and the Icahn School of Medicine at Mount Sinai, the University of California at San Francisco, studied how meditation affects gene expression.

This study looked at 94 women who were split into two groups at the Chopra Center. For six days one half simply vacationed while the other went on a six-day meditation retreat. Blood samples were taken from each participant prior to the retreat, after it, one month, and 10 months later.

The experienced meditator groups also had an increase within telomerase activity which is an enzyme that can make DNA using RNA as a template and can extend the length of telomeres of chromosomes. Telomeres shortening has been linked to cell death, aging, and potentially lengthening telomeres can extend our lives.

You can read more studies on how meditation can lengthen telomeres and increase telomerase here.

Serotonin is a powerful chemical and neurotransmitter, which helps the brain to relay messages from one region to another. Serotonin helps regulate emotions, sexual function and desires, memory and learning, appetite, sleep, and has been linked to wound healing as well!

A study performed in 1976 by Bujatti M, Biederer P., in the Journal of Neural Transmission Serotonin, showed transcendental meditators carried higher levels of serotonin compared to the urine analysis of a matched control group. They also found the meditators had higher levels after meditation in addition. To learn more about how meditation can boost serotonin click here.

When the body is recovering from an operation the immune system often is lowered so that all of the body’s attention is focused on healing the injury. Partially this is why post-operation there is an increased risk of infections.

There are multiple ways that meditation helps boost the body’s immune system such as within the study performed at the Chopra Center that showed meditation shifts gene expression of the genes that fight viral infections.

Stress also plays a significant role in the immune system’s function. Which you can practice lowering stress with these 5 breath exercises.