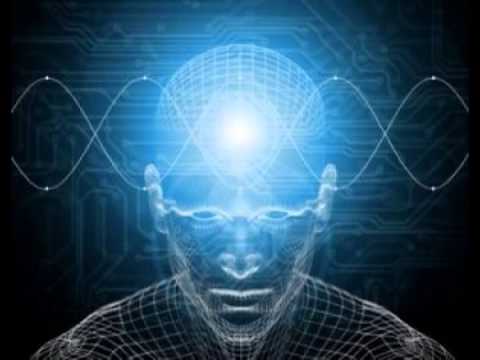 The Best Channeled Books of All Time

A Course in Miracles by Helen Schucman

This book is easily one of the best-selling channeled books of all time, so much so that it is easy to forget that it is channeled. Schucman received the Text, Workbook, and Manual for Teachers through a series of transmissions that lasted 7 years.

Often dense and difficult understand, ACIM is best understood with a companion guide. The narrator occasionally comes through as the voice of Jesus Christ, while at others it has the tone of an enlightened guide.

Ask And It Is Given By Abraham Hicks

Abraham, as channeled by Esther Hicks, is one of the world’s most popular channels. Ask And It Is Given was the first Abraham book, and still forms the cornerstone of Hicks’ teachings and philosophies.

In it, Abraham teaches about the power of thoughts to create reality, and how you can gain control of that power by tapping into your emotional guidance system, and finding alignment with your desires.

Click here to read more about the vortex of attraction and the teachings of Abraham.

Ra: The Law of One

The Law of One is another spiritual bestseller, with the description that it comes from an anciet astronaut, and was received and transcribed by Don Elkins, Carla Rueckert, and James McCarty in the early 1980s, and originally published in 5 books.

The Ra material provides a unified vision of Oneness, asserting that our world is unconditionally unified, with no polarity except for the identities we create for our ourselves. This vision of oneness is a powerful theme throughout many channeled texts.

Another classic channeled book series is Seth Speaks and related Seth Material, which was channeled by Jane Roberts between the mid 1960s and early 1980s.

The Seth Books have become classic reading in New Age and higher consciousness spiritual circles, offering a complete view of personal and ethical philosophy, the ability of your thoughts to create reality, and the fabric of Oneness of which we are all a part.

Blueprint for Change by Bashar

Channeled by Darryl Anka, Bashar is a higher dimensional entity from the Essassani civilization. In Blueprint for Change, Bashar discusses the nature of the accelerating energies on the planet, and the ability of each individual to create his own reality.

While he covers a number of different themes, the overarching premise is that you are 100% in control of every detail of your world, and you must learn to harness that power in order to become conscious co-creators of your life.

The Path of Empowerment by Barbara Marciniak

The Path of Empowerment was originally published in 2004, and was received by Barbara Marciniak, a preeminent channel of Pleiadian spirits.

The Path of Empowerment focuses on the years of “the nano,” which represent the 25 years leading up to 2012, as the energy of Earth shifts into the beginnings of a new field. The book discusses how to use your experience to recognize and assert your creator-hood, and become an empowered and enlightened individual.

Kryon is an entity received by channel Lee Carroll. He frequently refers to himself as the magnetic master, because the accelerating changes on our planet are due to the shifting magnetic fields, which represent humanity’s evolutionary journey.

While Kryon speaks on many topics throughout the 13 books in the series, his message is one of overwhelming and unconditional love and support from “his side of the veil,” encouraging us to act always from a state of love and positive energy.

Neale Donald Walsch has written a number of international best-sellers, but his number 1 book was also his first channeled work: Conversations with God.

Walsch says that one day, in frustration, he wrote an angry letter to God, asking for answers. To his surprise, God responded. This book was the result that followed, offering radical new insights on a number of traditional Christian themes, from the meaning of the holy trinity to the original intention behind the 10 commandments.

Channeled Works by Other Authors

These are only a few of the many channeled texts available, both online and in print. As we continue to accelerate into higher frequencies, more and more channeled books are released every year.

Some other books of interest may include: