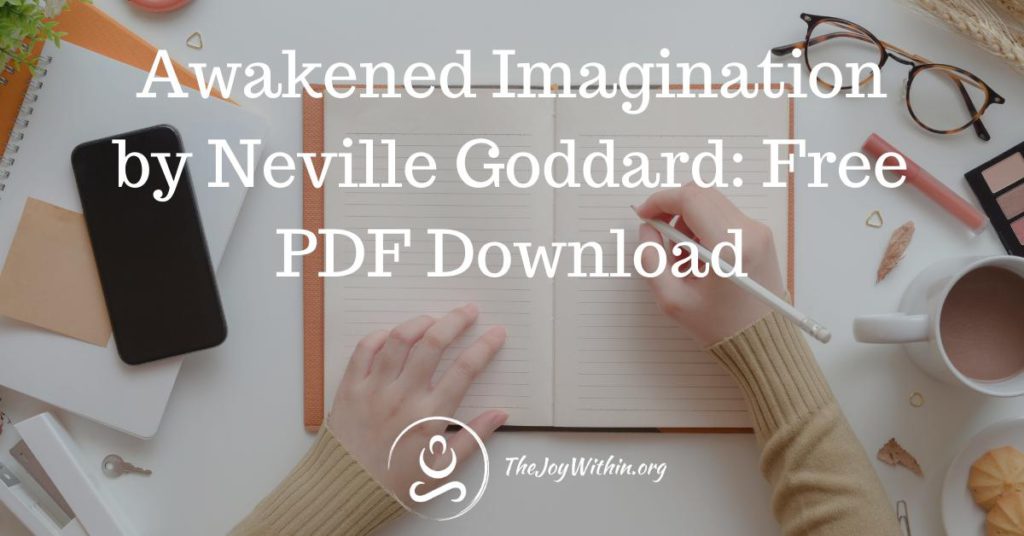 Neville Goddard, taught the law of attraction through many lectures and seminars. He gave many of his lectures for free or nominal cost. All of his books have come to be in the public domain. You will find a free Ebook download below of Awakened Imagination.

This book encompasses Neville Goddard’s philosophy that we are all God. Published originally in 1954, Awakened Imagination explains Christ is within our imagination. The universal force that makes forgiveness possible, and causes us to become empowered to achieve any aim.

Below, you’ll find a few excerpts from the text, along with a link to download the complete pdf version.

Chapter One: Who Is Your Imagination

Imagination is the very gateway of reality.

Through imagination, we disarm and transform the violence of the world. Our most intimate as well as our most casual relationships become imaginative, as we awaken to “the mystery hid from the ages” [Colossians 1:26], that Christ in us is our imagination.

All that has been built up by natural religion is cast into the flames of mental fire. Yet, what better way is there to understand Christ Jesus than to identify the central character of the Gospels with human imagination – knowing that, every time you exercise your imagination lovingly on behalf of another, you are literally mediating God to man and thereby feeding and clothing Christ Jesus and that, whenever you imagine evil against another, you are literally beating and crucifying Christ Jesus?

The world presents different appearances according as our states of consciousness differ. What we see when we are identified with a state cannot be seen when we are no longer fused with it. By state is meant all that man believes and consents to as true. No idea presented to the mind can realize itself unless the mind accepts it.

The journey is in yourself. You travel along the highways of the inner world. Without inner movement, it is impossible to bring forth anything. Inner action is introverted sensation. If you will construct mentally a drama which implies that you have realized your objective, then close your eyes and drop your thoughts inward, centering your imagination all the while in the predetermined action and partake in that action, you will become a self-determined being.