Emotional Blockages Of The Heart Chakra 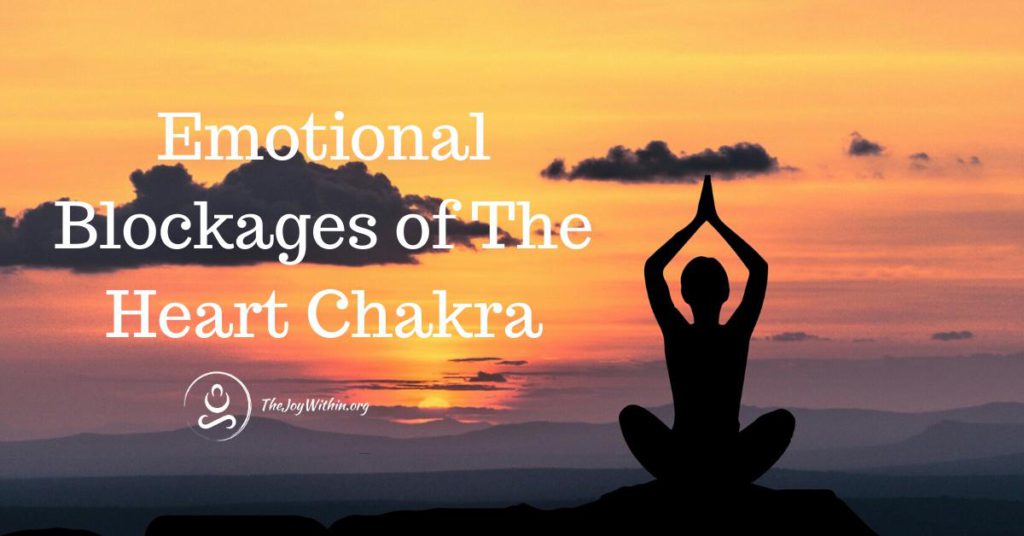 The fourth chakra, Anahata, is known commonly as the heart chakra. Each chakra rules an aspect to our emotional, mental, physical, and spiritual bodies. The chakras work together to create your entire being. They are interconnected meaning that when you are emotionally blocked this correlates to the health and vibrancy of the rest of your being.

When the heart chakra is open it shows as compassionate and authentic connection. This energy center holds our heart in many ways. It manifests as nonjudgment, the ability to give and receive as well as patience.

Kindness, selflessness, feeling worthy and innocence originate here. When this chakra is open self-love is strong, forgiveness comes easily, and a natural harmonious nature is evident. Learn the signs of a strong and open throat chakra here.

When the fourth chakra is blocked telltale emotions that may flood the system include lacking compassion, bitterness, lack of self-confidence, negative self-talk, or a deep fear of rejection. When emotions are suppressed they will block the heart chakra. Grief and shame also create stagnancy within this chakra.

Emotional Symptoms Of A Heart Chakra Over Activation

Now to get into over-activation. An overactive chakra is like a gathering of energy within one energy center that causes the entire chakra system to be imbalanced. It can display itself as an intense emotional attraction or aversion to certain heart characteristics.

Emotional symptoms of an overactive heart chakra include codependency and rationalizing things that should not be tolerated. Living in an emotional realm and ignoring rational thought processes rather than approaching life from a centered perspective are included.

Giving too much to others to the point of self-neglect can point to an overactivation in the heart chakra. When attachment tendencies are presenting themselves or there is overbearing caretaker behavior it is time to look at the heart chakra.

Disconnection to the physical realm and rational thought processes can present itself in this imbalance. Fantasy like optimism and spiritual bypassing can manifest in addition.

How To Balance The Heart Chakra

There are many ways to bring healing to our fourth chakra. Direct action can be applied by self-reflection. Such as during investigative and completely honest journaling one can then see any emotional blockages we have around the heart chakra’s territory. Click here for journal prompts for the heart chakra.

Other techniques to heal the heart chakra include journaling or speaking heart chakra affirmations. The affirmations work to reprogram your subconscious through repetitive positive statements. These will then in turn not only shift your inner dialogue but also your emotional body.

Practicing loving-kindness meditations that focus on unconditional love and compassion will directly open the heart chakra. In order to balance it, try working with the solar plexus to balance its feminine energy with a masculine energy center.

In order to balance the heart chakra fully it is important to look at your chakra system as a whole. For this, you may also enjoy this guided meditation for healing all of the seven chakras.