Yoga To Balance Your Crown Chakra Bija Mantra and Asanas 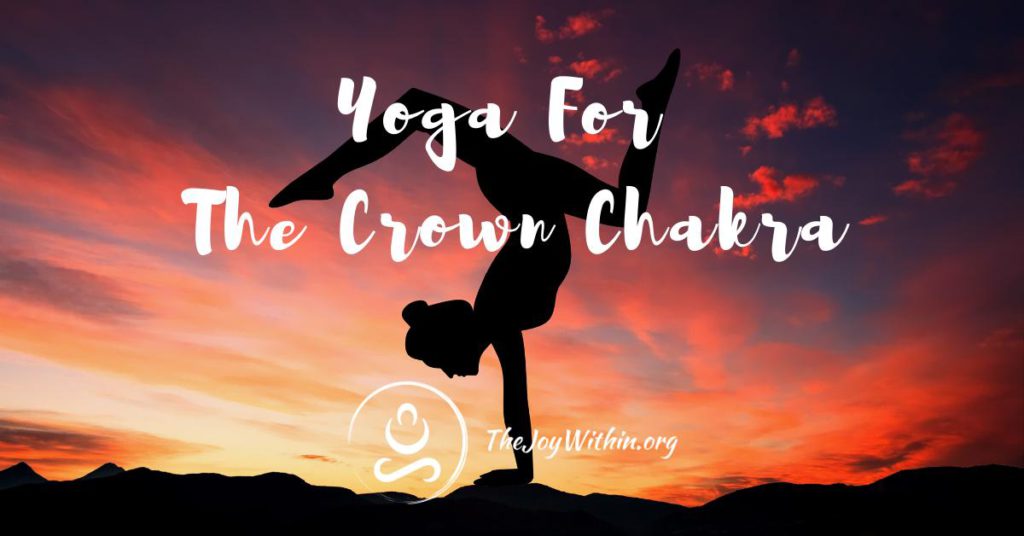 Our center of spiritual connection, higher wisdom, and clear perception that goes beyond the human misunderstanding can be rebalanced and rejuvenated through using yoga for the crown chakra. Enjoy these asanas and the bija mantra for the Sahasrara chakra.

Yoga Is More Than A Workout

If you have gone to many yoga classes you may have already learned that yoga offers a deeper depth than just working out your body. Different teachers have their own style and some may transmit the message of classical yoga and teach you how to work with the subtle energy bodies.

Yoga is a holistic healing method which means it treats the person as a whole. It deeply cleanses the body, the mind, and the spirit. Working with the chakra system is a big part of getting the most out of your yoga practice.

From pranayama, chanting mantras, and devotional movement yoga has many deep practices to dive into as well as yogic philosophy.

The Crown chakra is the seventh chakra in the seven chakra system. It is located at the center of the forehead between the eyebrow. The crown chakra rules the brain, nervous system, pineal, and hypothalamus gland.

Imbalances in this chakra can show up as headaches, migraines, neurological disorders, nerve pain, hair loss, or cognitive functional issues. Pineal, thyroid, and pituitary gland disorders are also linked to the seventh chakra.

It is represented by the element of the cosmos and the color purple. You can understand the seventh chakra with our ability to see beyond microcosm of human life and feel connected to the macrocosm as a whole.

Just as any chakra the crown chakra can become blocked by suppressed, unhealthy patterns, trauma, and any stagnation within its territory these practices will help you to clear blockages from your crown chakra.

Yoga Asanas For The Crown Chakra

If you are ready to move your body with a 30 min yoga practice then go ahead and follow along with the video below. Otherwise, you can use the listed asanas throughout the day to tap into your divine truth, see-through illusion, and feel connected to universal love.

Asanas are the physical poses within yoga practice, this is where our movement practice comes in to heal and recalibrate the physical body. Here are some that work for the crown chakra:

Mantras originated in Vedic Sanskrit within India. Mantra translated and broken down from Sanskrit is “man” meaning mind and “tra” which can be understood as to transfer or transport. Connecting these two translations, we can understand a mantra works as a conduit for higher wisdom and profound healing.

At Cleveland University, research shows that the melodic and rhythmic tones created when chanting form a soothing effect in the body called the Neuro-linguistic effect [NLE]. The release of healing chemicals in the brain is increased when we are intentionally attaching a meaning or understanding to the mantra.

Which is called the Psycholinguistic effect [PLE]. Each of the seven chakras has its own bija mantra that can link you directly to the energy of the chakra at its peak state. Meaning repeating these mantras can directly open, purify, nourish, and balance your chakras.

The crown chakra’s bija mantra is represented by both either silence or Om also pronounced Aum. The silence helps you tap into your connection with the divine and use your concentration to its fullest.

You can chant this throughout your certain points within your yoga asana practice, during seated meditation, or when you want to bring more support to the third eye chakra.

More Resource To Care For Your Crown Chakra