Emotional Blockages of The Third Eye 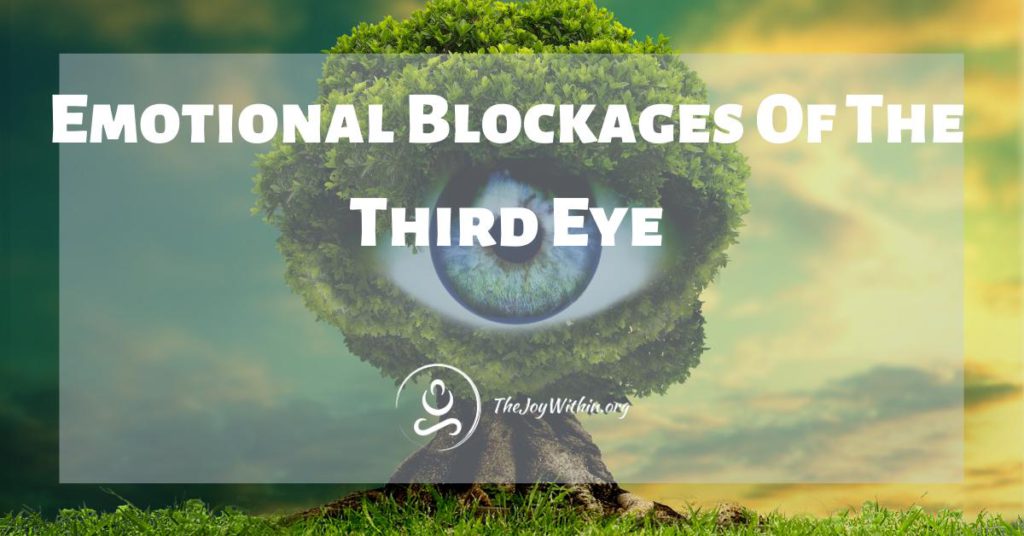 The sixth chakra, Ajna, known commonly as the third eye chakra, rules an aspect of our emotional, mental, physical, and spiritual bodies. The chakra system works together to create your entire being. They are interconnected meaning that when you are emotionally blocked in one this correlates to the health and vibrancy within the rest of your being.

This means the Ajna chakra when emotionally balanced looks like an ability to trust our intuition, see-through deception, and easily cultivate self-reflection. Linked to extrasensory perception this includes visually perceiving auras or spirit guides. To learn how to see auras for beginners click here.

When the sixth chakra is blocked telltale emotions that may flood the system include gullibility, disregard for intuition or emotional intelligence, having a closed mind, and stuck in the rational thought process.

Other emotions that may circulate feeling mentally exhausted, easily following propaganda, unable to work well with emotions, weak imagination, and a deep even subconscious fear of the truth.

Emotional Symptoms Of A Third Eye Chakra Over Activation

Now to the opposite end of the spectrum, over-activation. An overactive chakra is like a gathering of energy within one energy center that causes the entire chakra system to become imbalanced. It can display itself as a strong emotional attraction to certain third eye chakra characteristics.

Emotional symptoms of an overactive third eye chakra include nightmares, hallucinations, struggling to differentiate between reality and the imagination, or living in their inner fantasy world. Included in this are self-criticism, struggling to stay committed to prior commitments, trying to force a process, or paranoia.

Spiritually bypassing and an obsession with the spiritual can be another symptom. Spiritual bypassing is the act of using spiritual teachings to suppress or avoid human emotions or unresolved issues. It is the extreme of surpassing the human experience due to the understanding we are not simply these physical bodies.

How To Balance The Third Eye Chakra

There are many ways to bring healing to our sixth chakra. Direct action can be applied by self-reflection. Such as during investigative journaling in order to see the emotional blockages we have around the third eye chakra’s territory. Click here for journal prompts for the third eye chakra.

Other techniques include journaling third eye chakra affirmations. This works to reprogram your subconscious through repetitive positive statements. These will then in turn not only shift your inner dialogue but also your emotional body.

Meditation is another tool that can open and balance the third eye. It guides the practitioner to step out of their identified perceptions and need to label in order to just be and observe. This will bring one into the seat of clearly perceiving. Find a guided meditation here to increase your intuition.

In order to balance the third eye chakra fully it is important to look at your chakra system as a whole. For this, you may also enjoy this guided meditation for healing all of the seven chakras.